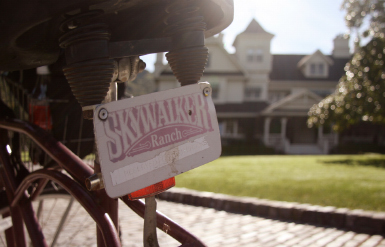 I just added a new production feature on the site, “Skywalker Ranch,” detailing my recent trip to Lucasfilm’s Skywalker Sound. It’s all about how Ryan Shore wrote and conducted ARTICLES OF WAR’s original orchestral score.
I’ve always wanted to work at Skywalker, and the place more than lived up to its reputation… a real dream-come-true type of situation. 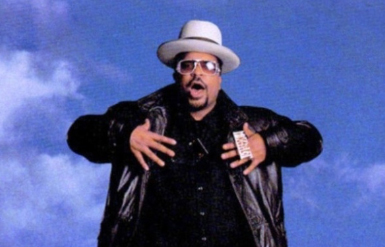 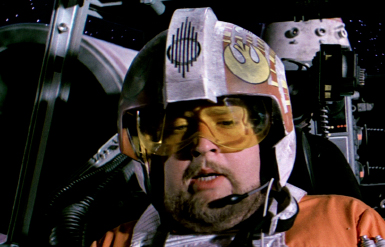 It’s taken a few more weeks (OK, fine, months) than I expected, but after many late nights reviewing every single frame of animation, I’ve officially locked picture on ARTICLES OF WAR.
Now that I’ve finished my tweaks (I swear, on this movie, I’ve pretty much tweaked my tweaks), the film is now in the hands of brilliant sound designer Joe Pleiman. He’s already assembled an amazing collection of of sound effects, but needs just a couple of short weeks to put in his finishing touches (including some new airplane ambience, which he recorded when he heard the unique tone of the air exchangers encased in the underground garage beneath the Main House at Skywalker Ranch… how cool is that?)
Next stop: The final mix, when we blend Ryan Shore’s score, Joe’s sound effects, and actor Clay Adam’s performance into something that’s gonna sound amazing. I can’t wait. Post-production is by far my favorite part of moviemaking… 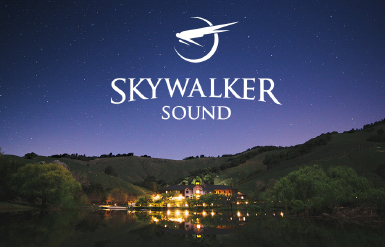 It’s been too long since my last post-production update, but I just got some great news…

I’ve wanted to visit Lucasfilm’s Skywalker Ranch since I was a little kid checking out my public library’s beat-up copy of “The Making Of Star Wars” for the millionth time, and I never thought I’d get the opportunity to actually bring one of my movies there.

But thanks to the heroic efforts of my composer, Ryan Shore, I’m headed out to Northern California in just a few short weeks to record the score for ARTICLES OF WAR. Ryan’s written an incredible score, and watching him conduct the Skywalker Symphony Orchestra at the Ranch’s Technical Building (take a virtual tour here!) will be a dream come true.

The whole post-production team is going to be spending the night at the Ranch at the Skywalker Inn, where each room is dedicated to a different film pioneer. I’m crossing my fingers that the Winsor McCay room is still available… 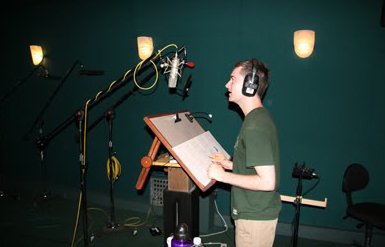 This summer, I visited the famed New York recording facility Sound One, and watched the engineers in Studio K set up what looked like the world’s most expensive microphone in front of Clay Adams. He’s the talented actor I cast in the role of “Jim,” the narrator of ARTICLES OF WAR. I had a blast directing Clay – he’s a close friend who I’ve known for years, and it was a thrill to see ARTICLES OF WAR projected for the first time (we did a bunch of takes where Clay performed in front of the finished animation).

Sound One is a fun place for a filmmaker to work – the hallways are plastered with Scorsese posters (which always have the best voiceovers, something I took as a good omen). After I thanked the engineers for running such a smooth operation, they told me it was no problem. “When Marty’s in town,” they explained, “we’re here the entire summer.”

Of course, I could only afford an afternoon, but it was worth it – Clay really delivered a great performance. I’ll be returning to Sound One later this year to mix the film – next time, I gotta get a photo of the engineering booth… it’s got more buttons than Sulu’s station on the bridge of the Starship Enterprise. 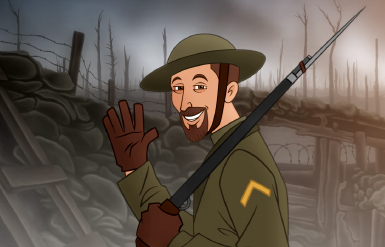 I’ve always been more of a lurker than an active participant when it comes to the Internet, but since I’m launching www.articles-of-war.com, my fancy new website today, it’s time to get on the bandwagon (bandwidth?) in a mighty big way.

Why the sudden change-of-heart? Well, let’s face it – I’ve got a new movie to plug! The film is called ARTICLES OF WAR, I’ve been working on it for what feels like forever, and now that I’m finally in post-production, I figure it’ll be OK to take just a tiny peek behind the curtain.

Click around, learn about the movie, and don’t be shy about letting me know what you think!