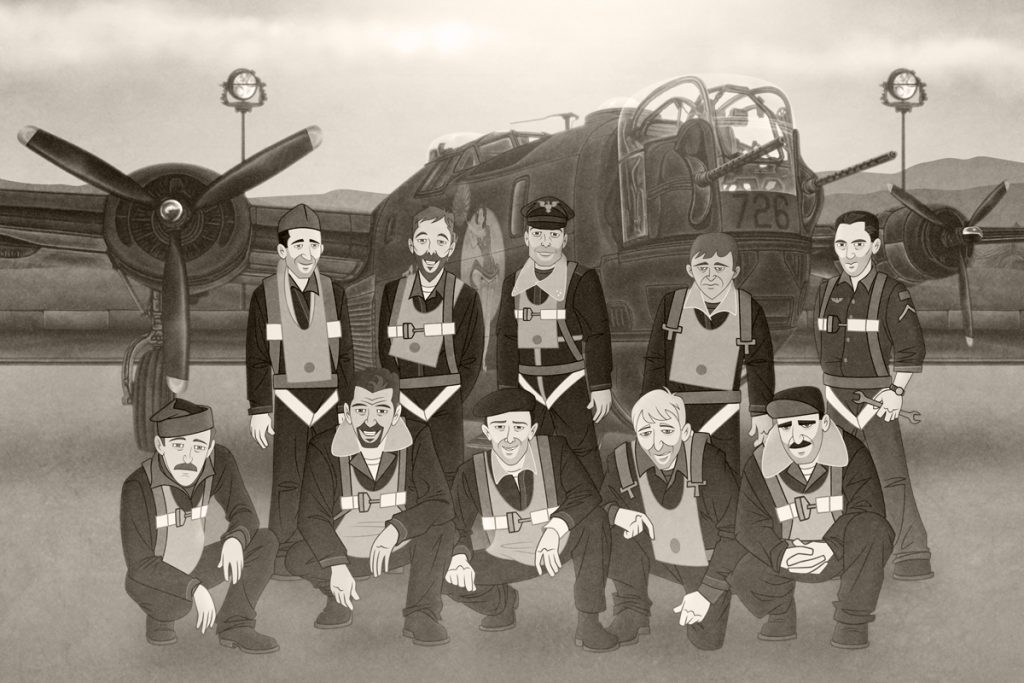 Jim (Clay Adams) captains the crew of the “Dakota Zephyr,” a B-24 bomber flying over Germany in the autumn of 1944. The young American pilot is halfway through his treacherous 35 mission tour and his next target is the heavily defended rail yards of Vienna, Austria.

The pilot leads his squadron of bombers towards the drop zone when the sky erupts in a devastating barrage of German artillery. Jim holds steady by escaping into his memories of the past. He sees flashes of his childhood home, his hopes and dreams, and finally his fear of the future… all captured in the words of a handwritten letter that he carries on every mission he flies.

Jim’s letter reveals an honest admission of fear and regret, addressed to the one person in his life who’s never shown a hint of weakness… his father. Jim’s dad is a veteran of World War I whose quiet stoicism originally inspired his son to volunteer for duty, but no longer makes sense to a terrified pilot who delivers death during the biggest bombing campaign in history.

As Jim prepares to release his ship’s lethal payload, he wonders if telling his father the truth will bring him the peace he dreams of once there are no more missions left to fly.